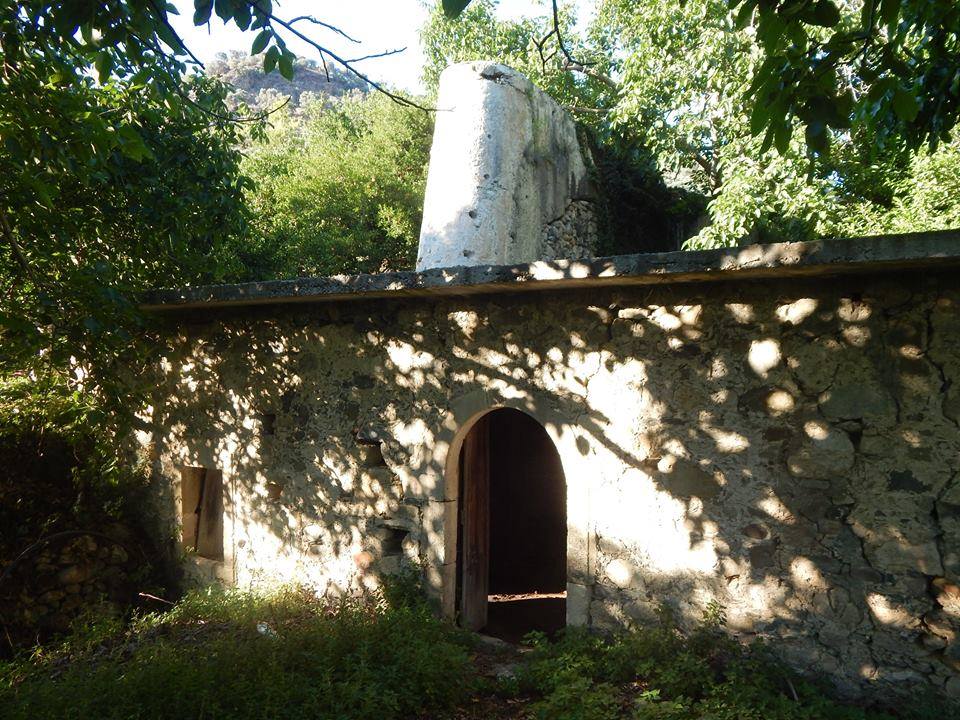 Zaros village was meant to be Marinos’ second home. This was his fate, since he was from Minor Asia

He was not that educated but he could do all the manual works one could imagine. He was a skillful handyman.

He was kind and generous and he immediately won the trust of the locals; from the very first days he arrived at Zaros village.

He soon found a desolate mill, very close to the mountainous side of the entrance of Lalouma village. This mill was initally owned by the Kalemakis family.

He put a lot of personal work and made the mill operative again. He was of course paying a small amount of money as rent to its owners.

He was a very experienced handyman and had all the necessary skills and tools. Thus, somebody could reach out to him at any point.

These many acquaintances and likings were the reason he was never left withouht work.
However, the profits out of his new occupation, were more than usual, especially since he had the bad habit to pinch every once in a while.

People that knew him said that every time somebody went to his mill, he would always keep a little bit of flour for himself, for good luck.

However, in time, rumours started going around. They were, of course, nothing but true.
One day, at the early 30’s, Zacharakas sent his elder son, Manolio, to Marinos’ mill with almost a ton of barley. He wanted to have it milled so that they could knead it. 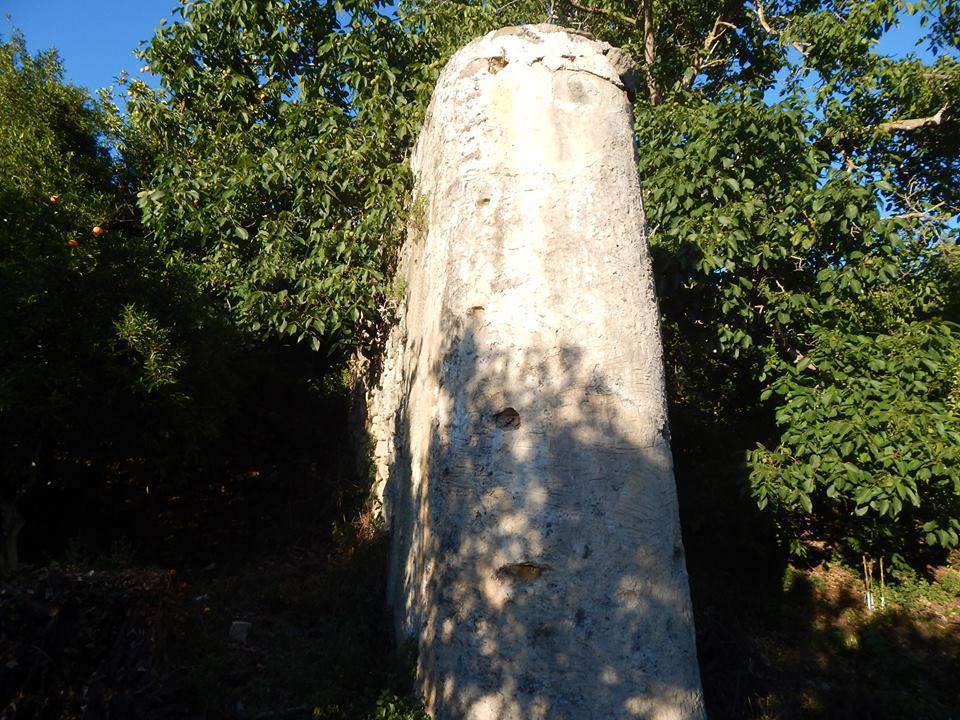 – “Hey, pay attention! You will take the barley and take it to Marinos’ mill to have it milled. But keep your eyes wide open! Because if he fools you, I will hang you upside down on that tree! Just so you know…”

Manolio took the road to the mill, riding a donkey that carried all the barley. During his trip, he was whistling, while drafting a plan based on his father’s order. He was a little “devil”, as he was meant to be, since he came from Voriza village.

He thought and planned exactly what he would do to Marinos, while he would be milling his barley.

“Marinos will never fool me!” repeated again and again. “In any case, he is not smarter than me! If he does anything to fool me, I will sack him into a bag and take him to my father to Voriza village. When I arrive, I will tell him to unload the barley and you he will unload something more along with it! Oh, he will have such an amazing time, if he dares to fool me! I think I will steal something more off of him and he may do whatever he wants.”

Marinos got shocked while watching him coming and started shouting at him:

– “Yes, uncle Marinos! I am! A 500ml bottle with old wine. My father left it hanging at the side of the donkey. He also gave me some pies, just for the trip! My mother made them yesterday, at Voriza village.”

– “Oh! God bless you, Manolio! I am so hungry. I am left with no food here. I will unload the barley and you bring the wine immediately! We will drink it all.”

And this is exactly what happended.

They unloaded the barley, secured the donkey at a rocky noose, immediately opened the bag with the pies and the botte of wine and started eating and drinking fiercely, as if they were the pigs of Erymanthos. (TN: Erymanthos is a mountain in Peloponnese)

After they ate the pies and drank all the wine, Marinos turns to Manolio:

– “Manolio, we really enjoyed what we ate and drank! I have not enjoyed it that much for a long time! Now, let’s put the barley in the mill!”

– “Uncle Marinos, wine made me dizzy and I think I will lie down here and get some sleep.” Manolio lied to Marinos, following the plan he had come up with during his trip.

– “Alright, Manolio! Sleep for a while and the dizziness will go away. You can cover yourself with that blanket over there. You should not get a cold! I suggest you fully cover yourself with it, so that you do not get bitten by mosquitos either. I will mill the barley while you are sleeping and when I am done, I will wake you up so that we load it on the donkey.” 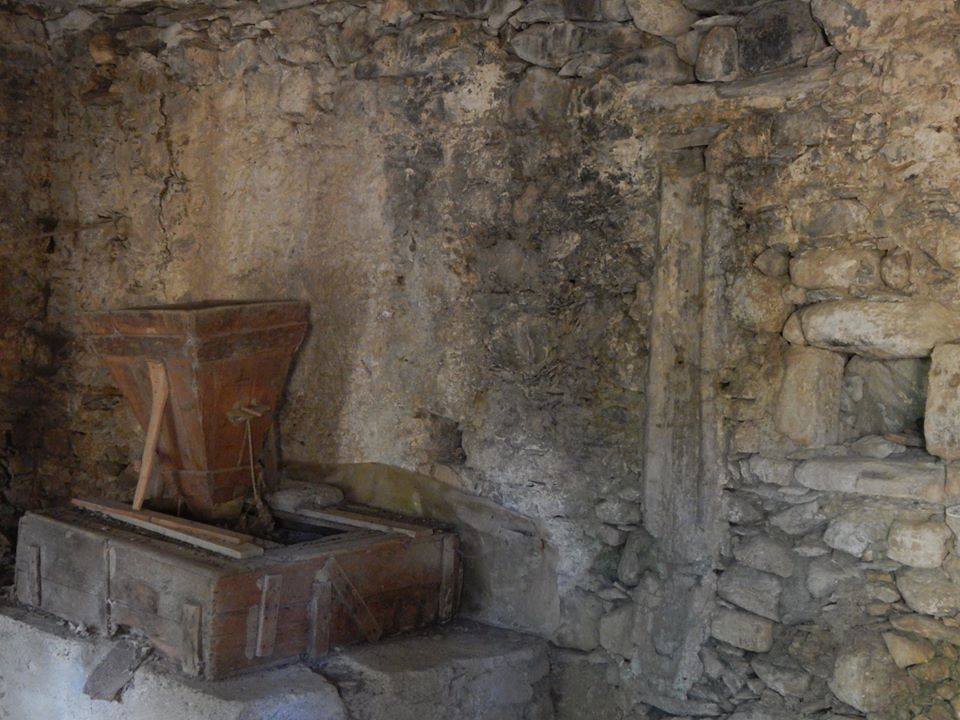 Manolio lies on a bench and pretends to be asleep. He even snores at the same time.

Once Marinos saw that Manolio was sleeping, he uses his long hands to take out of Manolio’s bags three scoops and to place them inside his own pot.

Manolio saw him, but did not move or talk at all.

A little later, Manolio pretends to be waking up, rubs his eyes, yawns once or twice and tells Marinos:

– “Hey uncle Marinos! I did get quite a rest! I slept for hours! The dizziness got away. I do not know what happened to me. It must have been because of the wine, or maybe someone has sent me bad energy, or I was just too tired from cutting sagebush wood all day yesterday.”

After a while, he says:

– “Uncle Marinos, you should now go get some rest yourself. You should go sleep over there, at the bench and I will fill in for you at the mill. I will wake you up when it’s finished! You must be feeling tired. I know that you were milling Christofi’s barley all night yesterday. He wanted to knead, because he is getting married.”

– “Yes, indeed! God bless you Manolio. I really need that sleep. I feel exhausted! I was indeed milling Christofi’s barley all night long.”

Marinos lied on the bench and fell asleep at once. He even snored. For real!

Afterwards, the little devil… Sorry, I meant to say, the boy from Voriza, that is Manolio, takes the scoop and heads to Marino’s pot. He takes out six scoops and puts them in his own bags.

Three of those were the ones Marinos stole from him. He took out three more, so that he could tell the story to his friends and they could all laugh together.

As soon as the mill completed the milling, Manolio wakes Marinos up by saying:

– “Uncle Marinos! Wake up! The mill completed the milling.”

Marinos wakes up at once and stops the operation of the mill.

He immediately started loading Manolio’s milled barley on the donkey, so that he could return to Voriza.

After he finished, he told him:

– “Go now, Manolio! Do not forget to bring another bottle of Mavrodaphne next time, so that we can enjoy it together, as we did today!”

– “Uncle Marinos, I will definitely bring a bottle of Mavrodaphne again next time. Rest assured, I will not forget it. Before I leave, could we please discuss a dream I was dreaming while I was sleeping?”

– “I dreamt, that while I was sleeping, you went to my bag and took three scoops of flour and put them in your pot. And then, I woke up and you went to sleep, so I took six scoops out of your pot and put them in my bag. Can you explain this dream, uncle Marinos?”

– “It was just a dream”, Marinos said, trying to hide his remorse and sadness. 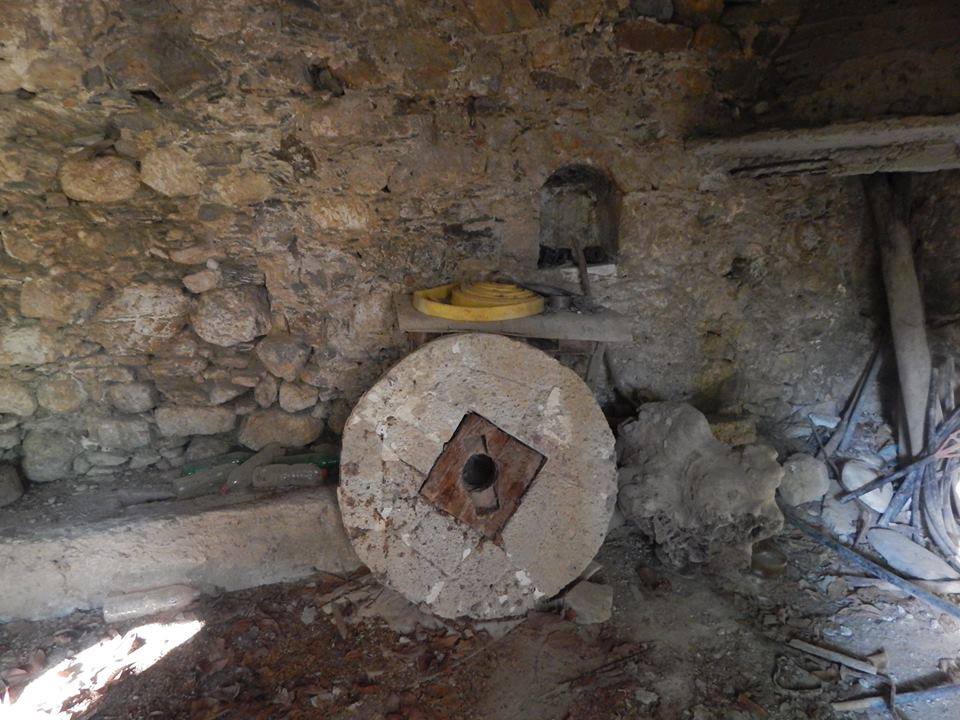 Yet, he confessed to him:

– “It is not your fault, Manolio. I did a wrong thing. I noticed that your bags were too full, but did not say anything. I did not want to give myself away. I noticed them. But it made no difference.”

– “Do nothing wrong to anyone, say nothing bad to anyone. If you hit someone’s door, your own door will most probably be broken!” (TN: Cretan mantinada: little poem consisting of two verses) 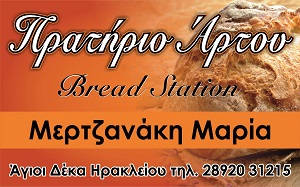 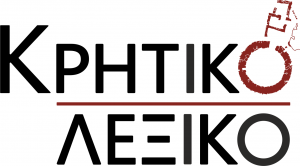